So how long do we think it will be before Jian Ghomeshi is back in the public sphere with his dignity intact? Most people, having heard Kathryn Borel speak the other day, think it will never happen. But happen it will. 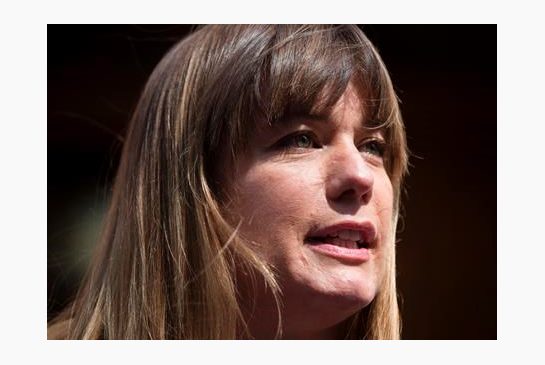 Our society has a unique way of forgiving men for sexual assaults. There is a whole long line of celebrities who continue to make films, sell music and do stand up comedy who are pedophiles and serial rapists. In fact, if you compare someone like Ghomeshi to Bill Cosby, the former is a minor player. Or look at Woody Allen – not only did he sexually abuse his children he married his adopted daughter and people still flock to his movies and other celebrities line up behind him. Or Michael Jackson who was charged with pedophilia and he paid off the parents of numerous of children for things that happened behind the closed doors of Neverland. He has now taken Elvis’ title as the King. There has even been work (and redemption) for Mike Tyson after he served jail time for rape.

What does this say about our society? Well clearly we value men far more than we value women. Men are allowed to get away with raping, assaulting and sodomizing women and children and they will still have careers. They may have to say a few mea culpas, appear to do the right thing (counselling anyone??) and then they will have their lives back.

I am not saying that Jian Ghomseshi is on the same level as the other so-called celebrities (or rapists as I like to call them). He is not as talented and he was in a small, backwater market. He will come out of this no doubt and we will all be there to welcome him back. Well, except me, I won’t be. I am pledging here and now that I will boycott anything and anyone who has anything to do with Jian Ghomeshi ever again in the same way I boycott Woody Allen, Michael Jackson, Bill Cosby, Mike Tyson, Roman Polanski…

Are you with me?

Not a day goes by that I am thankful I live in Canada and not the USA. Consider this lovely quote from Todd Akin who is running for the US Senate, in Missouri:

“First of all, from what I understand from doctors [pregnancy from rape] is really rare,” Akin told KTVI-TV in an interview posted Sunday. “If it’s a legitimate rape, the female body has ways to try to shut that whole thing down.”

Akin said that even in the worst-case scenario — when the supposed natural protections against unwanted pregnancy fail — abortion should still not be a legal option for the rape victim.

“Let’s assume that maybe that didn’t work, or something,” Akin said. “I think there should be some punishment, but the punishment ought to be on the rapist and not attacking the child.”H/T Shakesville

So in Akin’s narrow little world, us women-folk have the ability to know when we are being ‘legitimately raped.’ And, our bodies, the wonders they are, can discern the difference between legitimate and illegitimate sperm! Does the cervix just close up shop? Does the egg scream ‘no, you can’t impregnate me you legitimate raper!’ Let’s take this a step further. What defines a ‘legitimate rape.’ Clearly it depends on the victim. Given many of the Republican’s beliefs one can guess that the victim of a legitimate rape would be white, Christian, and virginal. Not a virgin – your rape is bogus even if you have all the signs of a legitimate rape; a sex-trade worker, you weren’t raped, you just didn’t get paid; college student taking birth control, you weren’t raped you planned for it.

Now let’s talk about the no abortion for rape victims even when the woman’s body fails to recognize the sperm of a ‘legitimate rapist.’ No abortion for you! Instead, we are going to protect that child and make you give birth to it – which, I am sure, would feel like being raped all over again. The thing about how these regressive pricks view women means that at some level all women are harlots and asking for it. It is as though the mere presence of our vaginas makes us want to have sex. And those men in Washington are bound and determined to control women’s vaginas!

Now, you may ask, why I am getting all upset about this little gem. After all, it is not as though Todd Akin is going to come up here and get all up in our Canadian vaginas. He doesn’t have to. Our Canadian media covers enough American politics to ensure that his message is spread here. Canada’s abortion debate has been closed since the 1980s. Yet, this year, Motion 312 came to the floor of the House of Commons to further ‘clarify’ when a fetus becomes a human being. Up until this point, it was at birth. Even though Stephen Harper assured all of us women that he had no interest in re-opening the abortion debate, he has, nonetheless, allowed this motion to come to the floor brought by one of his MPs: Stephen Woodworth. So even though Akin and his ilk can’t make policy here they can sure influence it. This is even more so when Conservatives are in power in Canada. With a Liberal government, social conservatism really does not gain much traction here on the policy front. We can only hope that this motion is ultimately defeated. The fact that it saw the light of day is still so disturbing.

Words carry a great deal of power. This is particularly true when you are talking about words that are misogynistic. The case in point today: the word ‘chick’ used to describe a woman. Whenever I see women referred to as ‘chicks’ or ‘broads’ or any other derogatory term, I am disgusted. These words are symptoms of the patriarchy and the misogyny that fuels it. These words are all part of a systemic level of discrimination against women.

Misogynistic words form the foundation of the rape culture[1] that exists in our society. When children learn that it is ok to refer to women in such derogatory ways a very clear message is sent. Boys learn that they are better than girls and that really girls can be equated with young barnyard animals. Girls learn that they will not receive the respect they deserve and that they are not equal. This creates a power differential that allows women to be criticized on every front.

Quite often when I confront these things I am told that I am being too politically correct. What garbage! Our culture is rife with misogyny. If I pointed every incident of misogyny I would never have anything else to do. Use of this language by men who believe they are enlightened is even more disturbing.

When confronted, these misogynists will argue that none of their other female friends found it offensive. This argument is a complete non-starter. Perhaps they don’t respond because they don’t want to experience the same abuse I get when I say something.

There is a solution to this problem. It begins with children. It requires that adults not refer to women in derogatory ways. Children pick this up and then they feel free to do it themselves. It is never acceptable to refer to a woman as a ‘chick.’